Founded in 1984, the Vanguard Cleaning Systems® organization is built upon over 3,000 independently owned and operated franchised commercial cleaning businesses, which are licensed and supported by a Master Franchise network of 53 independent regional office locations throughout North America.

Below is a list of Vanguard Cleaning Systems® offices in Alberta and British Columbia.

Get your free cleaning service quote today by calling 780-988-0590, or using the Contact form below. 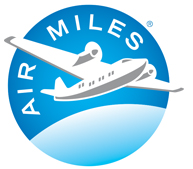